Peptides are strings of amino acids, but shorter strings than steroid hormones such as Testosterone.  Peptides attach themselves to the outside of cells and work their magic from the exterior of the cell wall.  Peptides generally have one job to do, they are very focused,  and they do their exceptionally well.  Steroid hormones work penetrate cells and affect the cell from the insde, they are longer strings of amino acids, are more complicated, and can perform many jobs.

Why Use Peptides for Fat Loss?

Peptides are used for fat loss because they can target fat cells.  There are several different peptides for weight loss, some FDA approved, others are still in clinical trials and can only be obtained as research chemicals.

What are the best Peptides for Weight Loss?

We have a lot of information available here and on our sister site, LiveLikeAviking.com.  There are many different fat loss peptides available but we will concentrate on the most effective ones here.

MK 677 - This peptide causes your body to produce more HGH (Human Growth Hormone).  HGH is a hormone steroid produced naturally in the body.  If you increase the production of HGH you also increase the metabolic effects of HGH wifch include:

HGH FRAG - RESEARCH CHEMICAL, not intened for human consumption. HGH FRAG is a  Peptide said to be 12.5 times more potent for fat loss than HGH itself.  Because it is a peptide and, as such, is focused on a single job, it is one of the best peptides for weight loss.

Here is a video that Sam Ridgeway made that does a fabulous job of describing both peptides and how they work:

Phentermine - not a peptide, it is a Schedule IV drug, may be very useful for your weight loss plan.  More Phentermine information 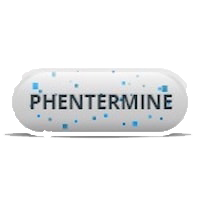 Phentermine (Adipex-P, Lomaira) is an amphetamine-like prescription medication used to suppress appetite. It can help weight loss by decreasing your hunger or making you feel full longer. Phentermine is also available in combination with topiramate for weight loss (Qsymia).

Like other prescription weight-loss drugs, phentermine is intended to be used as part of an overall weight-loss plan. It is indicated for people who are obese, and who have failed to lose enough weight with diet and exercise alone — not for people who want to lose just a few pounds.

Adtipotide - A Peptide that is currently in human trials, available only as a research chemical for the time being.

This is a very interesting peptide - as stated above, the peptides attach themselves to cells and work from the outside of the cell - Adipodtide does just that, it destroys the blood supply to fat cells, causing the fat cells to wither die.  This is an extremely promising drug with few side effects known so far.  Please see the video that Sam made - he discusses the pro's and con's of each of these fat loss peptides.  We have also included some articles about the weight loss peptides and some links to research studies.

Adipodtide is a RESEARCH CHEMICAL - Viking Alternative Medicine cannot prescribe or advocate the use of any research chemical for human consumption.

Vascular targeting of adipose tissue as an anti-obesity approach Development of obesity is characterized by hypertrophy and hyperplasia of adipocytes in white adipose tissue (WAT). This process relies on concomitant angiogenesis. Results from experimental inhibition or depletion of cells comprising the vasculature in animal models have contributed to the understanding of the mechanisms governing expansion of WAT. Disruption of neovascularization might be potentially useful for obesity prevention. In addition, approaches in which the mature WAT…

Reversal of Obesity with Peptide

Reversal of obesity by targeted ablation of adipose tissue   Obesity is an increasingly prevalent human condition in developed societies. Despite major progress in the understanding of the molecular mechanisms leading to obesity, no safe and effective treatment has yet been found. Here, we report an antiobesity therapy based on targeted induction of apoptosis in the vasculature of adipose tissue. We used in vivo phage display to isolate a peptide motif (sequence CKGGRAKDC) that homes… 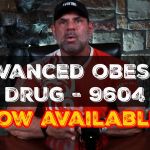 AOD-9064 is now available at Viking! What is this new peptide and is it really even “New”? I’ll discuss the benefits, pitfalls, and availability. If weight control is an issue for you, this compound should be on your list of daily medications, I want to start off by saying I was going to wait a couple of weeks before making this video, but I couldn’t. I kept on getting all Giddy like a 5 year old on Christmas morning. Couldn’t contain my excitement. I have absolutely no willpower. Because today I’m going to introduce to you… a recently released peptide called AOD-9604. The letters AOD are an acronym, which stands for Advanced Obesity Drug. And it’s being touted as yet another remarkable substance that’s going to revolutionize weight loss. Now I’ve been using it for about 2 weeks now. Because I always want to know a product before I recommend...

Adipotide – A peptide for Fat Loss 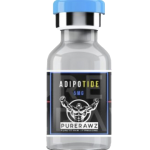 Adipotide A new drug  undergoing human clinical trials for eliminating fat cells RESEARCH CHEMICAL ONLY AT THIS STAGE. Established: 2011 Founder: Dr. Wadih Arap and Renata Pasqualini Accessibility: Not yet available Diet Type: Diet and cancer pill Gender: Male and female Background: Adipotide is a new drug that is showing some promise in the area of obesity research. This drug was initially created as a cancer treatment designed to starve cancer cells of a blood supply so they would stop growing. The effects of Adipotide have shown that the drug actually starves fat cells of blood forcing them to die and be reabsorbed into the body. Initial tests were done on rats and then moved on to monkeys. The results from testing on rats showed a 30 percent decrease in body weight. After four weeks of daily injections of Adipotide followed by four weeks of non-treatment, 10 obese female rhesus... Adipotide: Novel fat-away pill promises groundbreaking achievements 11/28/2011 How many times has the pharmaceutical industry claimed in recent years to have discovered a new miracle cure for obesity? Also this year, American researchers present a new fat way pill to help you lose weight without strict diets or exercise. The so-called adipotides condition the results of Dr. med. According to Renata Pasqualini and colleagues from the University of Texas in Houston, a reduction in fat cells, which manifests itself in a significant loss of body weight. The pill affects the blood supply to living tissue, thus preventing the supply of oxygen and food supply to the fat cells, whereupon they can not regenerate or reproduce and die. For the first time, the researchers at the University of Texas have tested the use of the novel fat way pill on rhesus monkeys and thus achieved a weight loss of on average... Adipotide Obesity Drug in Clinical Trials, Side Effects and Effectiveness Still in Question News of a new weight loss drug called Adipotide surfaced early last year, but there haven’t been many updates since July regarding the status of the drug’s development. As reports suggest, Adipotide is still in trial phase being tested in clinical studies on humans. If approved, it would join Qsymia, Belviq and several others in the ‘miracle’ weight loss prescription drug line-up. Adipotide was created by Dr. Wadih Arap and Renata Pasqualini as a form of cancer treatment as it was designed to starve cancer cells of blood supply prohibit them from growing. However, the effects of Adipotide have actually shown it starves fat cells of blood, which forces them to die and be reabsorbed into the body. Though successful initial trials have been completed on rats and monkeys, some negative side effects have been noted, including...