Are you depressed? Check Testosterone levels!

Testosterone is a sex hormone that controls the production of sperm and sex drive. Here we reveal a few symptoms that indicate a low level of this hormone in your body.

It is usually believed that the production of testosterone decreases with age. But it may not be the only reason behind a low testosterone level. This is a sex hormone mostly associated with men. It affects sperm production and physical looks of a man besides stimulating his sex drive. According to the American Urological Association, you may have a low testosterone level if the levels of this hormone fall below 300 nanograms per deciliter (ng/DL). You can determine your T level through a simple blood test called a serum testosterone test. Look out for some symptoms before you decide to visit a doctor. Here are a few common signs of low testosterone in males. Your muscles will shrink: Testosterone helps in assembling and producing proteins, which are responsible for building body mass. When the testosterone level falls, the body starts to break down muscle tissue. According to a study published in the journal Nature, people with low testosterone level have double to triple the risk of developing muscle loss with aging than those with normal levels The penis may get smaller: According to a study published in 2018 in the Indian Journal of Urology, the tissue in the penis can atrophy if there is an unsteady flow of testosterone. Apart from low levels of testosterone making your penis and balls shrink, it also turns them squishy and soft. 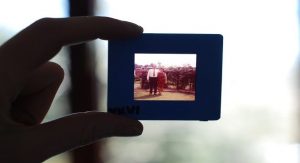 Memory fades: Another important part of the brain that contains testosterone receptors is the cerebrum, which is responsible for memory and attention. When cerebrum does not receive enough of the hormone, its function declines and a person may have trouble with his/her cognitive functions.