This is a review of the book entitled Testosterone: An Unauthorized Biography by Rebecca M. Jordan-Young and Katrina Karkazis which was published by the Harvard University press. The review was published by Nature.com and the full article on Testosterone can be found here.

On 1 June 1889, renowned neurologist Charles-Édouard Brown-Séquard shocked his colleagues. Speaking at the Paris Society of Biology, the 72-year-old announced that a slurry made from the ground testicles of guinea pigs and dogs (injected under his skin ten times in three weeks) made him stronger. He also noted that his “jet of urine” lengthened by 25%.

Brown-Séquard was ridiculed by his peers throughout Europe for disseminating results with no scientific basis and promoting quack youth-enhancing ‘cures’. Yet the bizarre elixir found favor with members of the public in the United States, United Kingdom, and Europe — at least among men eager to recapture youthful sexual prowess. As the engaging book Testosterone explains, Brown-Séquard’s testimonial helped to shape future studies that linked the hormone to alleged ‘manliness’.

Anthropologist Katrina Karkazis and sociomedical scientist Rebecca Jordan-Young did not write Testosterone to rehash familiar tales of wacky hormone experiments of yore, although this is one of a few that they include. Their contention is that many testosterone researchers — then and now, and intentionally or not — interpret data with blinkers on. When the facts do not fit the paradigm, the authors argue, findings are molded into flawed dogma. Karkazis and Jordan-Young strive to comprehend how scientific practice around testosterone unfolds, and explore how the results “circulate and morph in the world”.

Today, the biochemistry of this steroid hormone is well known, from its daily fluctuations to its synthesis from cholesterol and occasional conversion to oestradiol, a form of oestrogen. Testosterone is known to restore sex drive and muscle tone among men with ailments that reduce levels of the hormone, such as pituitary tumors. During puberty, a surge of testosterone in young men typically leads to enlargement of the muscles, penis, testes and prostate gland, and the emergence of secondary sex characteristics. In women, testosterone excreted by the adrenal glands and ovaries is generally important for ovarian function and bone strength. 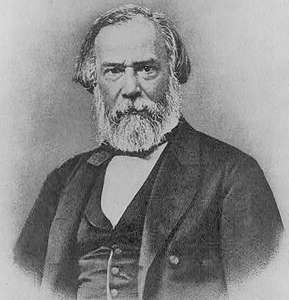 Like pathologists doing a post mortem, Karkazis and Jordan-Young dissect the remains of a selection of studies. They parse statistics and the cultural context that prompted the research and influenced how the data were analysed. (Full disclosure: I have served on a history of medicine panel with Karkazis and, as medical authors writing about endocrinology, our paths have crossed several times.)

The authors delve first into testosterone’s role in ovulation. The hormone and its precursor, DHEA, have a role in the maturation of ovarian cells; DHEA might boost fertility directly or as a mediator of oestrogen production. There are chapters focusing on traits often assumed to be associated with testosterone, such as athleticism. The authors also scrutinize the brouhaha surrounding a small psychology study1 claiming that holding particular poses boosts testosterone production. There is a section on parenting, thanks to studies that created a fleeting media buzz by claiming that new fathers’ testosterone plummets when they change nappies and do other nurturing chores. And the authors discuss athletes who take testosterone to boost their abilities.

They do not dispute that injections, gels or patches that send testosterone levels skyrocketing above the norm build muscles when coupled with intense training. But they are skeptical about whether the hormone makes a large difference for every athlete. Some studies, they write, have found a correlation between high natural testosterone levels and speed and power; others show tenuous or no links. And a few studies link higher testosterone levels to worse performance.

Jordan-Young and Karkazis challenge murky definitions. They show how researchers define risk-taking through “weirdly narrow and also wildly divergent” behaviors, such as riding a motorcycle without a helmet. They cite a team that surveyed business students about their entrepreneurial experience and used a saliva sample to gauge their testosterone levels. On the basis of these dubious data, the investigators concluded that those who had the highest levels, coupled with family business experience, were the most entrepreneurial.

When it comes to testosterone and aggression, the authors say that some of the most rigorous studies (double-blind, placebo-controlled) show no connection. What’s more, they write that even the investigators of studies that tie testosterone to violence acknowledge that the link is inconsistent and weak. Yet the idea that testosterone drives violence remains widely accepted and “grossly overblown”.

By setting the record straight, the authors build on their past record. Jordan-Young explored the evidence for putative neurological sex differences in the 2011 book Brain Storm; Karkazis demolished preconceptions about people who are intersex in her 2008 work Fixing Sex, which also explores the often disturbing history of ‘treatments’ for ‘ambiguous’ genitalia.

Although often academic in tone, the book is leavened by a welcome informality. The authors describe the link between testosterone and violence as a zombie: “a fact that seemingly can’t be killed with new research”. They personify testosterone as “T” and characterize their book as an “unauthorized biography”. An authorized biography, they note, “sweeps away all kinds of details and smooths over contradictions”. Theirs intends to pull back a veil that has obscured the field.

Still, I sometimes wanted more. In a chapter on ovulation, they quote a woman receiving fertility treatment who thinks that a therapy containing DHEA helped her to produce more eggs of higher quality. The authors note that the idea of testosterone aiding a woman’s fertility has been anathema to reproductive endocrinologists, but quote only one clinician. That left me wondering whether other clinicians were still reluctant, or if this were part of standard treatment. I wanted to hear from other fertility clinicians.

In the opening of the chapter on athleticism, the authors refer to a 2012 meeting with an endocrinologist who explains that testosterone rises sharply in response to intense exercise, but that responses vary among athletes. Then, they describe an interview with a second expert who tells them the opposite, and also says that some types of sports training might lower testosterone. I wanted to know who these experts were.

Moreover, although Jordan-Young and Karkazis are lively storytellers, every now and then an anecdote doesn’t jibe with the chapter’s content. For example, they start the discussion on risk-taking with a delightful account of 63-year-old Annie Edson Taylor, who in 1901 went over Niagara Falls on the US–Canadian border in a pickle barrel. That seems a literary stretch: we know nothing of Taylor’s hormonal state (except that because she was probably postmenopausal, her testosterone would have been low, and her oestrogen and progesterone certainly lower than before).

These quibbles, however, are minor in a deeply researched and thoughtful book that adds a fresh perspective to a growing body of work aiming to debunk myths about hormones.