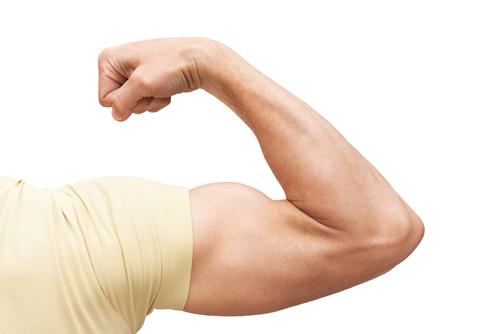 Testosterone, as many men are aware, is the sex hormone that makes men, men. It modulates a man’s libido, or sex drive, and also produces sperm (spermatogenesis). Apart from these vital reproductive functions, testosterone also regulates male strength, muscle mass and fat distribution.

The inevitability of aging means men often make less testosterone as they age. To counteract this decline, the male body produces less estradiol, as well. In men, estradiol is also essential for regulating libido, erectile function and producing sperm.

A new study that sought to answer this very question came up with intriguing answers. The study, which was published in the Journal of Urology, involved more than 3,100 men from the nationwide U.S. health study, the National Health and Nutrition Examination Survey (NHANES).

The study on Low-fat diet and Testosterone showed 14.6 percent of men in the study met criteria for a low-fat diet, as defined by the American Heart Association (AHA). Another 24.4 percent of men followed a Mediterranean diet high in fruits, vegetables, and whole grains but low in animal protein and dairy products.

Researchers adjusted for other factors that can affect testosterone, such as age, body mass index, physical activity, and medical conditions. After adjustment, it was found the low-fat diet was significantly associated with reduced serum testosterone. On the other hand, the Mediterranean diet wasn’t.

Researchers explained this by saying that because testosterone is a steroid hormone derived from cholesterol, changes in fat intake could change testosterone levels.

“We found that men who adhered to a fat restrictive diet had lower serum testosterone than men on a nonrestrictive diet,” Jake Fantus, a study researcher from the University of Chicago in the U.S., said. “However, the clinical significance of small differences in serum T across diets is unclear.”

Researchers revealed that for men diagnosed with testosterone deficiency, losing weight can help increase testosterone levels. The study, however, suggests certain diets — specifically a low-fat diet — might actually be linked with a small but significant reduction in testosterone. More studies are now needed to replicate the findings.

This new study also shows it’s still unclear which diet is best for men with testosterone deficiency. But for overweight or obese men, the health benefits of a low-fat diet will probably far exceed the small reduction in serum testosterone.

For men that aren’t overweight, avoiding a low-fat diet “may be a reasonable component” of a multifaceted approach to boosting serum testosterone.

The FDA scheduled an advisory panel meeting in order to revisit its decision on the usefulness and safety of testosterone products for the treatment of hypogonadism in men.